Culture is back on the leadership agenda as organisations struggle to adjust to the rapidly evolving priorities of their workforces, stakeholders and customers. Executive teams are finally embracing culture not as a soft, nice-to-have element but as a hard and measurable component of their business that directly drives performance, reputation and retention. This thought paper explores the ways in which organisations are acquiring a new understanding around how values can differentiate their business from competitors over the long term and give them a winning edge in the race for talent.

Each year, at strategic off-sites around the country, there is typically an audible groan as executives are asked to once again review the organisation’s corporate values. Such ingrained scepticism comes from an often-held belief that corporate values have little impact on organisational performance. But this level of cynicism is not necessarily misplaced; Enron famously had Communication, Respect, Integrity and Excellence as its corporate values whilst committing one of the greatest frauds in corporate history.

The challenge is that most value statements are bland, toothless or just plain dishonest. And far from being harmless, as some executives assume, they’re often highly destructive. Empty value statements create cynical and dispirited employees, alienate customers and undermine managerial credibility.

On the other hand, as consumers, we all prefer dealing with companies that operate according to a transparent set of values. Whether it is going to the doctor’s or buying a cup of coffee, as consumers we are always evaluating how we are treated and how the employees we interact with behave. Indeed, when we generalize with statements like: “The service there was terrible,” what we are really saying is that the culture of service is terrible, and that the organisation does not value its customers.

Values can set a company apart from the competition by clarifying its identity and serving as a rallying point for employees. They can serve as a guiding moral compass for employees, defining “what people do when no one is looking.”

The starting point of any article extolling the virtue of values should first be a warning – living by stated corporate values is difficult. After all, it’s much harder to be clear and unapologetic for what you stand for than to cave-in to short-term economic or political pressures. Indeed, if your company’s values don’t force you to make difficult decisions, then it is likely that they are defined too generically or that they are simply being ignored. The uncomfortable truth is that coming up with strong values, and sticking to them, requires real guts. Too many organisations avoid this challenge by adopting values which simply restate some basic business truism. For example, 55% of all Fortune 100 companies claim integrity is a core value, 49% espouse customer satisfaction, and 40% tout teamwork. Companies having any combination of these three can hardly claim to value anything which is either differentiating or authentic.

It is the authentic, inconvenient and controversial corporate values that tend to be the most compelling and which offer greatest guidance to employees. Strong value statements set out explicit trade-offs with the intention of pragmatically influencing decision making at all levels. Google for example touts as a core value as “Fast is better than slow; Democracy on the web works”. This expressly legitimises a “fail fast, fail often environment” which underpins much of the company’s success. Atlassian claims “Don’t #@!% the customer” as a core value – providing clear guidance to frontline staff around how it expects them to treat difficult client moments.

Once developed and communicated, the effectiveness of any value statement depends on the willingness of the CEO and their senior team to defend it. Defending values rarely takes place as part of a grand heroic gesture but rather is the summation of thousands of micro reinforcing actions. It is a retail employee refunding a client purchase after two years, no questions asked, or an airline holding a plane for a single mother trying to juggle three children. Most importantly, it is drawing a bright line with respect to non-conforming employees. It is well known that the culture of any organization is shaped by the worst behaviour its leader is willing to tolerate.

Where leaders are willing to make excuses for lapses in adherence to values, this is typically a reflection that the values were not authentically held in the first place. Failure to discipline employees because “they are too important to an organisation” should be seen not as cracks in

the corporate values but as a fundamental erosion of what a company stands for. Core values should be inherent and sacrosanct and should not be compromised for convenience or short-term economic gain.

For corporations that are serious about “walking the walk,” adherence and promotion of corporate values should be given the same level of importance in appraisals as technical competency and profit generation. Whilst most employees can be trained and coached, employees that are unwilling to align themselves with the philosophy of the company are likely to have a long-term destructive influence.

Weaving values into the fabric

Talking about values and behaviours is often uncomfortable for managers; rarely are executives effectively trained in in the softer side of management. More importantly though, many executives actively avoid talking about values as they are fearful of being caught out in a contradiction between their own actions and the organisation’s purported values. Given the cynicism surrounding values these days, executives would do well to repeat them every chance they get. Indeed, it’s been said that employees will not believe a message until they’ve heard it repeated by executives seven times. Such public statements are also likely to persuade executives to think twice before straying from acceptable behaviours behind closed doors.

Beyond being executive talking points, to be impactful values they need to be regularly discussed, debated and interpreted at all levels of the organisation if they are to provide meaningful guidance for the actions of front-line workers. To do this, Storytelling can be an effective tool in establishing values as part of the organisation’s collective muscle memory. Storytelling is a facilitated process whereby at the end of certain designated meetings, employees are encouraged to tell stories of examples where their colleagues had truly lived up to the company’s values. A take on “sharing appreciations” – it is a subtle but uniquely powerful way to share with new or non-conforming employees “how things are done around here.” 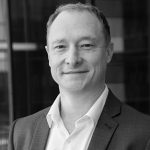 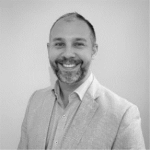 Barcley Consulting is a boutique management consulting firm focused on helping corporates and government with strategy, innovation and execution.

For more information on their other publications please visit www.barcley.com.au

You can find out more about which cookies we are using or switch them off in settings.

Get your copy of:
“Values as a competitive advantage”

Get your copy of:
“Shifting trends of childcare industry“

Get your copy of:
“Redefining leadership“

Get your copy of: “Local Government Transformation Playbook“
Download

Get your copy of: “Super Charging Alumni donations“
Download

Get your copy of:
“The transformation imperative for Gold Coast companies”

Get your copy of:
“The next phase for primary healthcare on the Gold Coast“
Download

Get your copy of:
“Growing your professional services firm“

This website uses cookies so that we can provide you with the best user experience possible. Cookie information is stored in your browser and performs functions such as recognising you when you return to our website and helping our team to understand which sections of the website you find most interesting and useful.

Strictly Necessary Cookie should be enabled at all times so that we can save your preferences for cookie settings.

If you disable this cookie, we will not be able to save your preferences. This means that every time you visit this website you will need to enable or disable cookies again.

This website uses Google Analytics to collect anonymous information such as the number of visitors to the site, and the most popular pages.

In addition, we also use the LinkedIn Insight Tag or LinkedIn Tracking Pixel to enable tracking of conversions, website audiences and detailed website information for LinkedIn advertising campaigns.

Please enable Strictly Necessary Cookies first so that we can save your preferences!